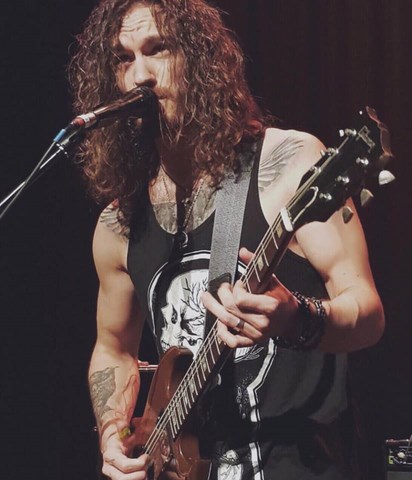 Oli is taking a break from his Raveneye rock band to go back to his blues roots. His blues are back !

Oli Brown started playing the guitar early on and at 15 he went to the US as guest of Blinddog Smokin' and subsequently shared the bill with Buddy Guy and Taj Mahal. He also cites the wisdom imparted by legends including John Mayall, Walter Trout and Robben Ford as a big influence on his playing. In 2008 he was signed to the German blues label Ruf Records and in 2010 at the British Blues Awards, Oli won the Best Male Vocalist and the Best Young Artist categories. Since then he has gone on to receive awards and critical acclaim for his albums including top 5 listings in album polls in Blues Matters, Classic Rock and Mojo, plus more recognition at the British Blues Awards.  Mojo dubbed Oli “the hottest young pistol in British blues”, Uncut praising “a British bluesman to rival Trucks and Bonamassa”

The latest Oli Brown Band blues gigs have been a roaring success with sell out shows. His blues is very much blues rock with searing guitar solos, great songs and a top notch band to match.

You really wouldn't want to miss this gig so reserve your tickets as soon as you can !

“Oli brings a freshness and excitement to every performance and is at the forefront of the UK’s new Blues movement.” Planet Rock Radio

“Puts on a masterful show” The Times