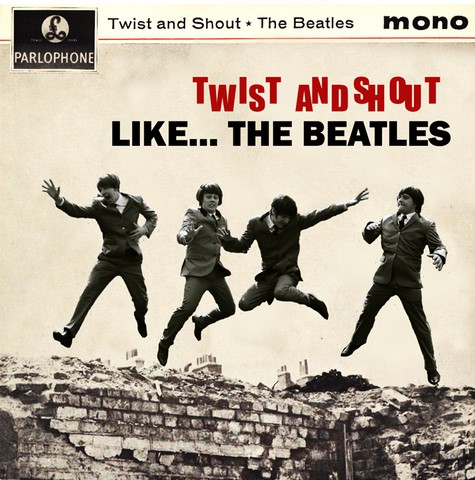 We are a four-piece band dedicated to bringing audiences of all kinds the most technically accurate recreation of the Fab Four that's possible – and that’s in every way – from our sound, our look, personalities, mannerisms and our accents.

The band was formed in 2008 by brothers Steve and Nick Guest, who play the parts of John Lennon and Paul McCartney, with brother-in-law Nick Munro
taking the part of Ringo Starr. In early 2011, Pasquale Caprino joined the band as George Harrison. We are one of the first Beatles tribute acts from a generation that grew up after the original band had split up. Don’t let our relative youth put you off – we bring a sense of energy and vitality to our act that you won’t find elsewhere, but that is certainly reflective of the fun the original band had on stage.
Audiences often comment on the party atmosphere we bring to any venue or event, and are equally amazed by our authenticity and professionalism.
Using replica costumes, equipment and instruments that accurately reflect those used by John, Paul, George and Ringo, we strive to take audiences back to the wonders of the 1960s - Merseybeat, Beatlemania, the Summer of Love, flower-power, rooftop concerts and so much more - from the band’s earliest days in the Cavern, to their last recording session at Abbey Road.
We have worked hard to secure the closest replica instruments and costumes we could find from all over the world - so you'll see our Paul with his trademark Hofner viola bass, our George with his Gretsch guitar, John with his famous Rickenbacker guitar, while Ringo plays on a vintage Ludwig 1961 Oyster Pearl drum kit, exactly the same as the genuine article. We also use genuine Vox amplifiers that accurately reflect the models used by the Beatles back in the 1960s. We go beyond guitars too - with our own electric piano and discreet sampling equipment (hidden in a white upright piano façade to maintain the illusion of 1960’s technology), we recreate some of The Beatles' most recognisable hits live on stage – without the aid of backing tracks!