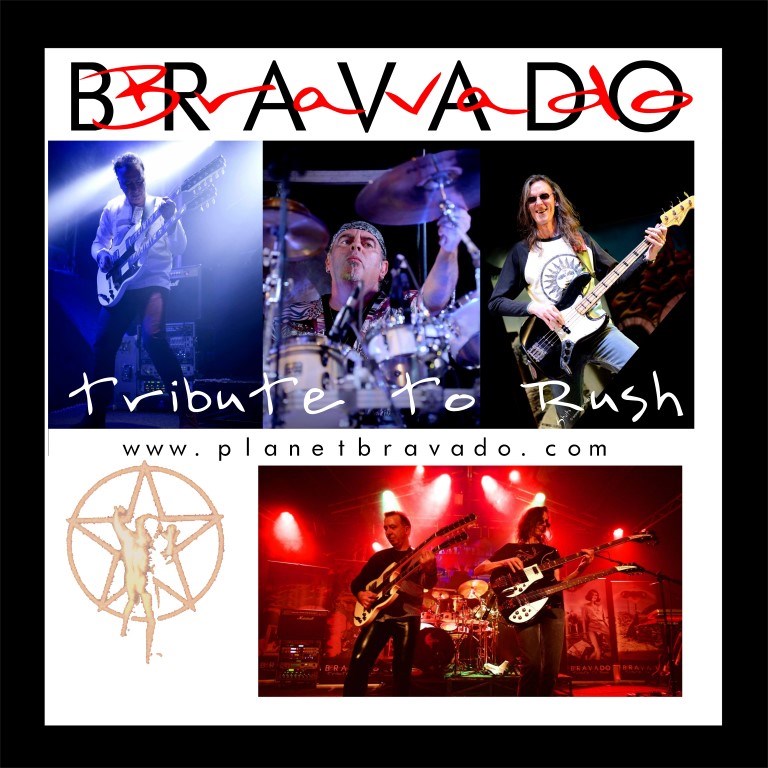 Rush fans at a Bravado show can expect to hear a 2 to 3 hour selection from the following ever-expanding list of tracks, (shown here with their amusing anagrams where available), largely taken from the classic Terry Brown period, performed in a man-for-man, WYSIWYG kind of way, without the use of additional musicians or click-tracks and sequencers.
"Not normally being one for tribute bands this was an exception as it was Pod from Psi Phi and "Tonight Matthew I'm going to be Geddy Lee", along with Paul on guitar and Dean on drums.

Having only see one Rush tribute band before the vocals were always the problem with Geddy Lee's high range, but Pod did a very good job indeed, he even looked like him.

The material covered was from the first Rush album through to Signals and it is quite complex stuff to play, having to sing and play bass while playing bass pedals with your feet all at the same time takes some mastering.

Most of the best known songs were included in the set list but with so many to choose from it can't have been easy knowing what to leave out.

The Trees and La Villa Strangiato from Hemispheres was played with a great drum solo included which the crowd appreciated.

For anybody who likes Rush and doesn't want to wait years in the hope of their return this must be the next best thing. "